Star Sonata II is a science fiction themed MMO developed by Star Sonata LLC, originally released in 2004. The game features many different play styles covered by 8 core classes. The game has homages to Star Control II and many other science fiction games, series and films.

Star Sonata II is a brilliant game because of the freedom it offers players. Rather than being penned on one of two sides like World of Warcraft with the Horde and Alliance, you have the option to start your own faction and even lead it to dominance over the entire universe. The beauty of the Star Sonata II is that you can have a staggering impact on the game depending on how you wish to play.

Will you control vast fleets of star ships and fighters and use them to take out your enemies safe on the bridge of your capital ship? Perhaps you might choose the life of a merchant instead, opening up and controlling a shop to sell the goods you find, learning to exploit the market for your own gains! You could be a builder, constructing huge space stations and outposts, mining rare minerals from planets and moons and crafting rare Star Ships and items!

You could choose the dark and lonely life of a pirate, taking on others in PVP, and mercilessly destroying your foes! Will you be a strategist, working behind the scenes, creating tactical plans to wipe out entire galaxies, teams, and organising runs to take out powerful enemies? You could also take on the leadership of a team, managing a small army of rough and ready players fulfilling a variety of roles!

Or will you take up all of these roles and go for the greatest challenge of all?

Star Sonata II – Experience the Universe as never before!

If anyone’s ever played Escape Velocity, E.V. Override, Nova or Star Control, they will love Star Sonata II. Star Sonata has been around for many years and gone through many stages of different developments. You start off a small player in a large and hostile universe and fight and trade your way to the top. There’s pretty much room for anyone! Traders, PVPers and people who like doing game content, fighting Alien invasions. Star Sonata II is full of little homages to many games, films and TV series.

Unlike a lot of MMO games, you have a lot of freedom because of the impact you can have on the entire game. You can create a team which you can lead, and try and conquer the universe. You can build bases and farm commodities, but none of it is absolutely vital. There’s a lot to experience in the universe, and you can play in pretty much any way you like. You also don’t have to pay to play to enjoy the game, which means it’s great for people who want to just kick back and have fun!
www.starsonata.com

I have a long and complex history working with Star Sonata II. I started off many years back as a developer. In my time on the team, I worked with Eric Prieur briefly on Uber Zone. I also had hand in working on the original Nexus, a zone for new players, writing many missions and creating the beloved mini boss: Rattie Moe. I worked tirelessly on the name lists for the game. The original name lists used to be tiny. I also worked with the other developers to make separate name lists for different groups of AIs.

I tried to keep the names fitting for the types of AI which I was writing for because it felt more fitting than random names all over the place. Space Blue AIs would all have names relating to the colour blue for example. Annoying Sawtooths and Reavers which made players unable to turn had names befitting them. I also expanded the name lists for moons, galaxies and space bases as well. I focussed on having about 60% Serious names and 40% Parody names. This keeps it so the game is enjoyable when you’re scanning around.

Recently I have revamped a lot of the name lists for the game. I have included a huge plethora of new and fresh names which I hope has done something to revitalise the universe and make it feel a little fresher. I also wrote name lists for the new Comets that are being programmed into the game.

Currently I am working as a marketing manager for Landauer Games, the company which currently owns Star Sonata II. 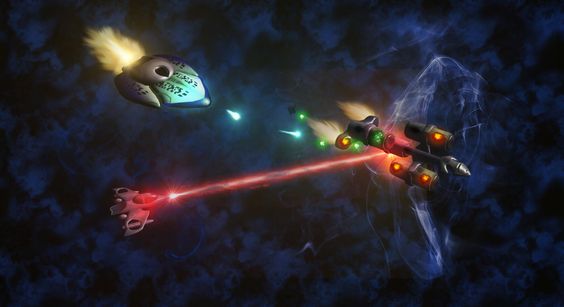